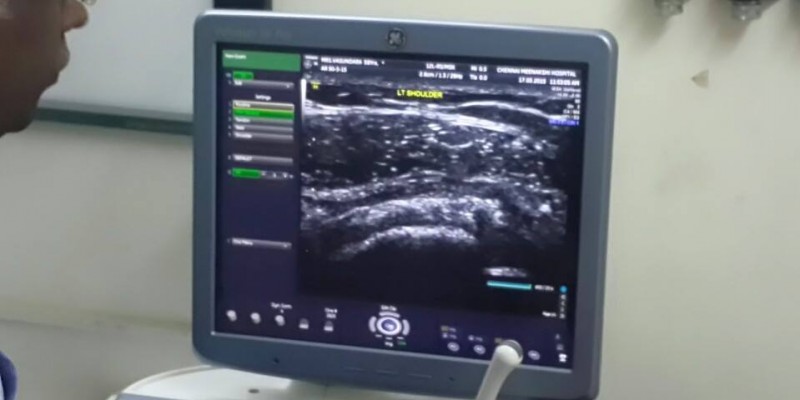 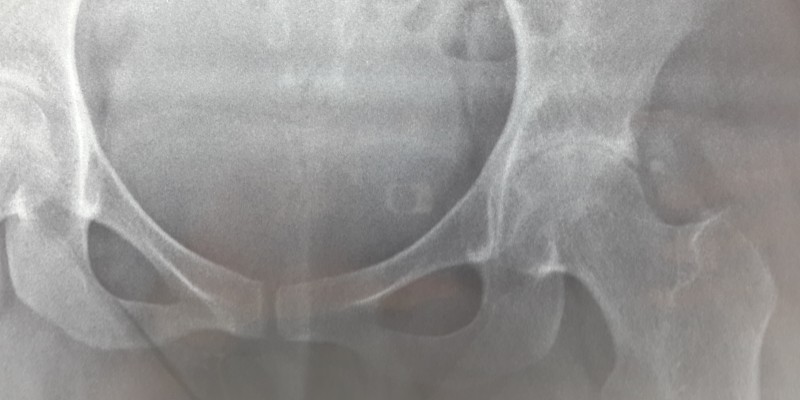 Yesterday I saw a 30-year-old software analyst from northern India. She has had hip pain for  the last two years. After seeing many doctors in her hometown she visited me this week. After doing a battery of tests and x-rays, I concluded that she has got degenerative arthritis of the left hip. Here’s her x-ray. 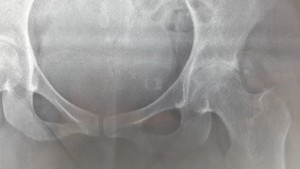 One can see joint space narrowing on the left hip. The conventional treatment for this is a total hip replacement.

available in my practice in India. 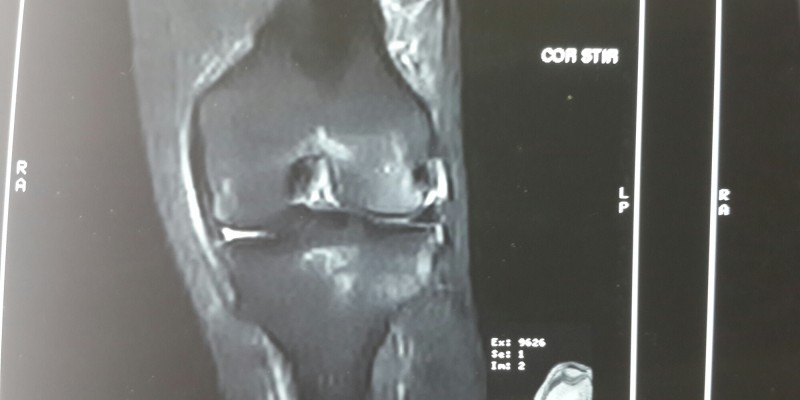 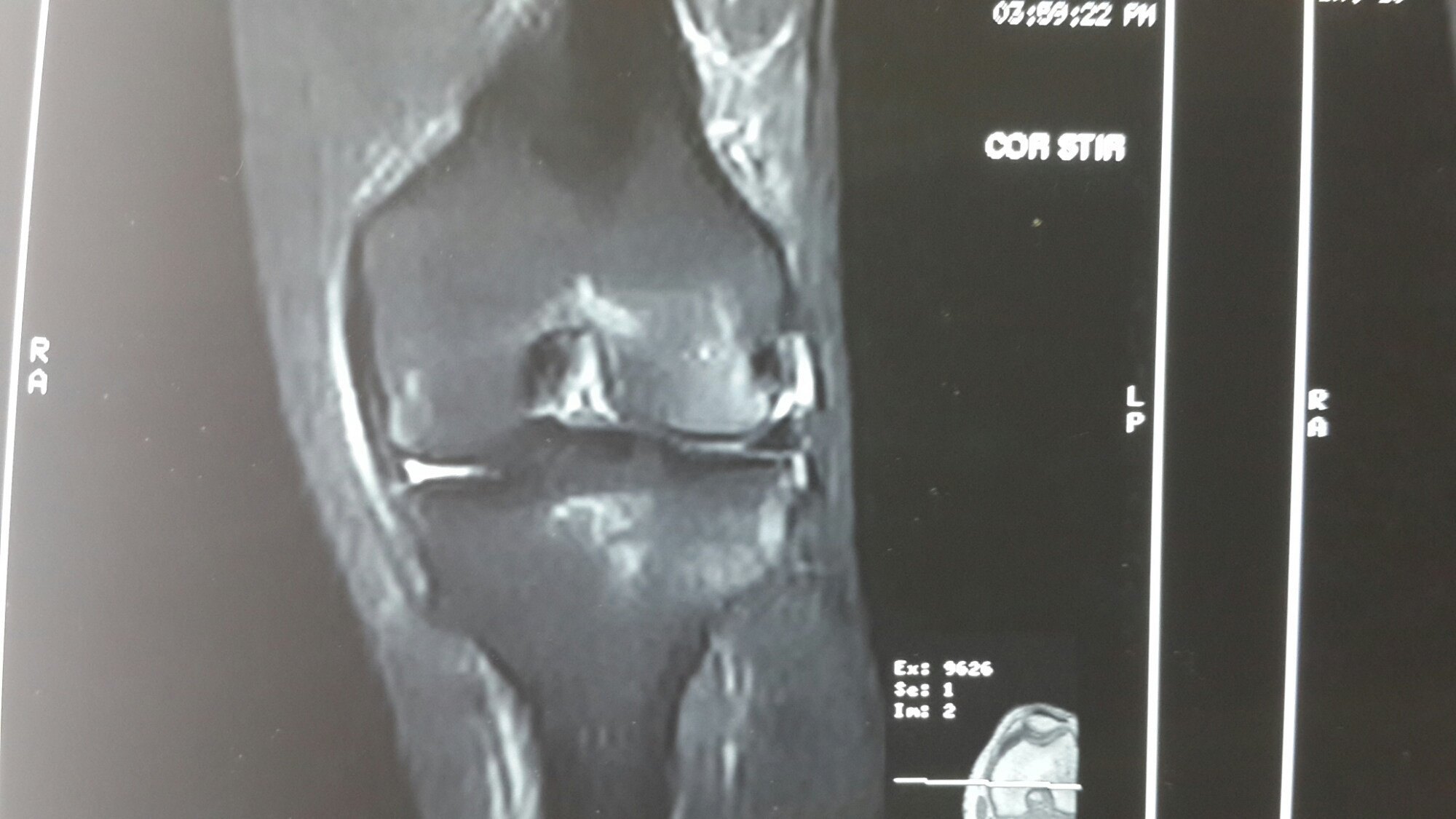 This knee MRI shows bone marrow lesion (BML) in both the femur and tibia. This is one of the MRI findings responsibility for pain in OA.
This lesion responds well to stem cells.

Fat stem offer future hope. So far I have been using bone marrow stem cells in my practice. This study from the US has devised methods to get a higher yield from fat. So what could be betterr? Get your tummy tuck and knees replaced with stem cells in one go. 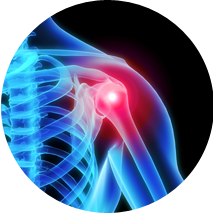 Many shoulder conditions can now be effectively dealt with by Platelet rich plasma and stem cell injections. Labral tears, rotator cuff tears, AC joint arthritis, gleno-humeral arthritis can be treated in this manner. I have experience of treating some of these conditions. See how a young man responded to platelet rich plasma injection of his left acromio-clavicular joint. He obtained immediate pain relief. E mail drvenkat@kneeindia.com for an appointment.

Acatabular fractures India affect many young and old people. The acetabulum is the socket of the hip joint, the first major joint of the lower limbs. It occurs most commonly in road traffic accidents, fall from heights and domestic accidents. The young and middle aged are commonly affected. Except in the rarest incidence, these fractures often need open reduction and internal fixation to achieve pain free mobility. I have acquired experience in treating these fractures in India and Oman. I present a power point presentation of some cases treated by me.

Surgical treatment of Acetabular Fractures at MJRC. from ALAMPALLAM VENKATACHALAM
If you have a recent accident and need immediate attention, email me drvenkat@kneeindia.com.
Share
Share 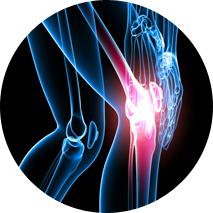 Last night a doctor asked me for the longest duration of evidence stem cell treatment Chennai in my practice. Cases of OA knee from 2004 on whom I performed first generation cell procedures constitute this evidence. I started doing first generation biological procedure by arthroscopy in 2004. There are several patients with early knee osteoarthritis who were able to avoid or postpone a knee replacement by several years. Subsequently they either got a further biological treatment or went in for knee replacement. See the videos below for this evidence. This evidence pre dates some of the stem cell clinics in the US who reported their first cases in 2008. Although it was done by arthroscopy, the scientific basis is the same: of getting the body’s cells to repair the body. If you need more evidence for stem cells, please see the FAQ section.

2. In the second video, a lady underwent a micro fracture of her left knee in the year 2007. Her knee pain began from 2005. She was able to obtain good pain relief and function which lasted up to 2011. She finally decided to get  knee replacement in 2013 which is when this video was recorded. So she was able to manage for six years with a first generation cell procedure known as micro fracture. Watch from 4.16 to 6.37. This video is in Tamil.

So one can note that I have followed up my patients over the years. So seven years is the longest duration  of follow up with cell therapy with in my practice with the first generation technique. This constitutes proof. In fact, this news was also published in The Hindu, an English news paper in 2004 and 2005. 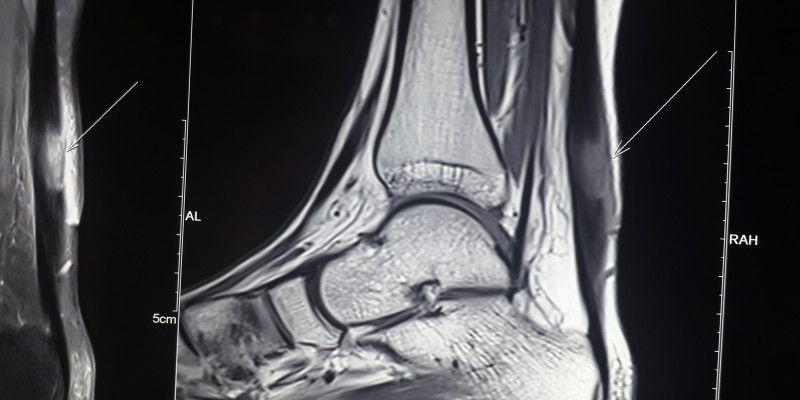 A 12 year old girl presented with pain and weakness over her calf following a four month old injury. MRI shows a partial thickness tear of the tendo achilles proximal to its insertion. This will be treated by PRP/ stem cells under guidance. This is a case of stem cell treatment ankle India 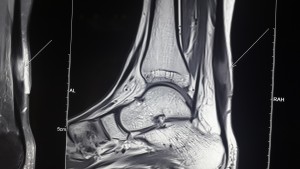